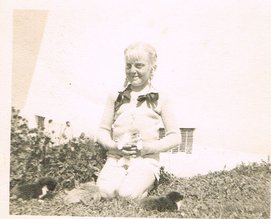 Cats have always been a part of my life.
Even one of my earliest memories was trying to make it out of the back door of our house and into the car without my feet being grabbed by one of a number of domestic kittens which my Mother had bred.  Each year I always looked forward to the arrival of the next litter of kittens and helped with their care and training.

Until twenty five or so years ago when my Sister Barbara of Windeacres/Glenmallings catteries started breeding Persian and Exotic Cats, my experience of cats was limited to Domestic cats or Moggies. After some time of her trying to convince me to show my children's pet cats, Tortie and Wimpy, I relented entering them at our local Nelson Cat Club Show. It was there that I began my love of Burmese Cats. I was attracted to this breed because of their looks and temperament and I like cats that let you know that they are around! 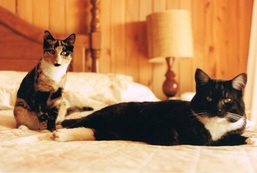 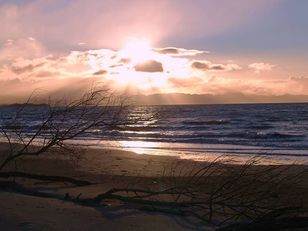 Over the following  two shows, again while exhibiting the boys' cats, I talked to Burmese breeders, exhibitors and also Judges. I returned home with a catalogue with the contact details of a breeder I planned to approach re purchasing a Cream Burmese kitten. However my plans where always put aside due to the fact that my youngest son kept aquiring more domestic kittens.
Finally the children left home and the remaining cat numbers in the house- hold declined and I started looking again for a Burmese cat. Unfortunatly the original breeder I had approached had since left the country so I needed to start looking again. Some friends had recently purchased an ex-breeding Queen so I decided that looking for one such cat for myself might be an option as I was a fulltime student at the time and  paying kitten prices wasn't in my budget. After a few months of making phone calls and searching on the internet Champion Dreamcatchers Hokey Pokey came into my life. I am so thankful to Christine Davies of Dreamcatchers Burmese  for allowing me to have this lovely girl. Hokey is an amazing ambasador for the breed, exhibiting the true type and temperment for which this breed is known.
I have heard it said that Burmese are addictive and within a few months I approached Christine for a kitten to show. I was later co-opted onto the Nelson Cat Club Committee and after a conversation with a fellow committee member one day, decided that I would realise my long-term goal of breeding Burmese Cats. My enquiry for a show quality kitten turned into an enquiry for a  show/breeding kitten and Dreamcatchers Lilac Lace Dream, (Hokey's grand-daughter) was added to the house-hold. I totally enjoy showing my cats and feel that the comments and feed-back gained from Judges in the process plays an important part in helping me gauge the quality of the cats I breed also in making plans for  future breeding.